This is an approach LAS_APP students will see regularly during their training. Note that it doesn’t have a runway in the title, just a “-A”. If no runway is specified it means one of two things; either the approach is not aligned within 30 degrees of a runway at the airport, or that the descent angle from the final approach fix to the runway is too steep. In this case, the approach is reasonably well aligned with runways 1L and R, but because the final approach course does not intersect with the runways’ extended centerlines, it can’t have straight-in minimums published. However, a pilot may still request to fly the approach and land on 1L or R. 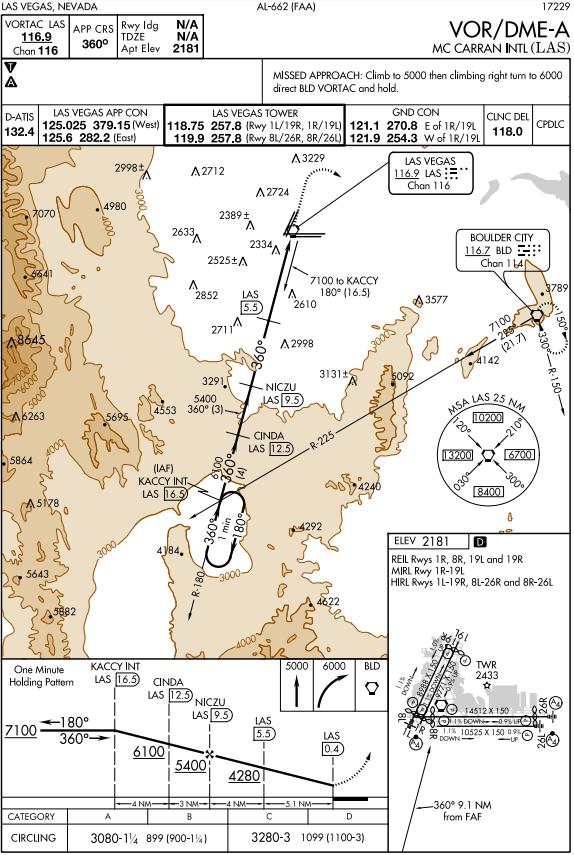 
The phraseology is the same as other approaches, but we’ll include a circle-to-land instruction:


Also note that this approach has one IAF (KACCY) and two feeder routes to the IAF (from BLD and LAS). If aircraft will overfly any of these fixes, they may be cleared for the approach using the phraseology in section 4-8.