This is one of the most common approaches flown in ZLA. For aircraft arriving over BAYST from the N and W it will almost always be a radar vectored approach. For aircraft arriving from the NE-SE on the ANJLL, HLYWD, or SNSTT STARs, it will normally be an approach beginning from the CRCUS or SEAVU IAF. If the aircraft will overfly one of the IAFs for this approach, it may be cleared for an approach using the phraseology in section 4-8. 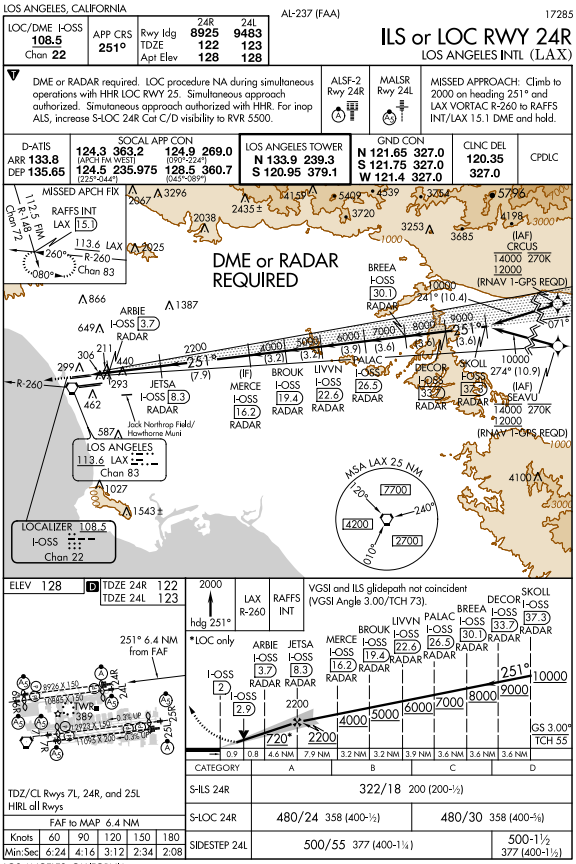