Before departure, assign the initial heading to be flown if a departing aircraft is to be vectored immediately after takeoff. The heading assigned should be in accordance with the vZLA “Assignment of Headings to Departures & Missed Approaches” SOP and the vZLA Tower SOP for the position.

Stating the purpose for the heading is not necessary, since pilots operating in a radar environment associate assigned headings with vectors to their planned route of flight.


ATC must advise aircraft of the initial waypoint for RNAV standard instrument departures (SID) designed to begin at the runway, when conducting simultaneous parallel runway departures.

Aircraft on the DOTSS departure out of LAX:


Aircraft on the BOACH departure out of LAS:

“RNAV to BESSY, Runway one right, cleared for takeoff.”


This applies to simultaneous parallel RNAV departures so only LAX and LAS are affected. Here is a summary of the initial RNAV fixes for both airports.

At LAS, this situation will occur when the 1s are used for departures in which case the initial fixes are:

A purpose for an initial waypoint advisory is not necessary since pilots associate this advisory with the flight path to their planned route of flight.

The SID transition is not restated as it is contained in the ATC clearance.

a. When issuing a clearance for takeoff, first state the runway number followed by the takeoff clearance.

Turbine-powered aircraft may be considered ready for takeoff when they reach the runway unless they advise otherwise.

b. The controller must ensure that all runways along the taxi route that lead to the departure runway are crossed before the takeoff clearance is issued, except as stated in the next para. 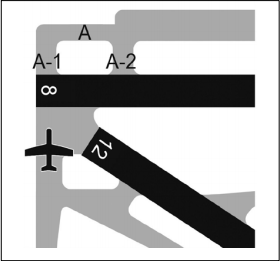 c. At those airports where the airport configuration does not allow for an aircraft to completely cross one runway and hold short of the departure runway and/or where airports do not have runway hold markings between runways, state the runway to be crossed with the takeoff clearance if the aircraft is not able to complete a runway crossing before reaching its departure runway. 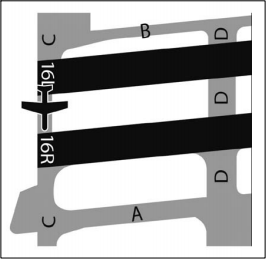 d. When aircraft operates on a runway with a tailwind component, always state both wind direction and velocity.

The wind may be described as “calm” when appropriate.

Although stating wind direction and velocity is not necessary when there’s no tailwind component, it’s a common courtesy to do so when workload permits.

Cancel a previously issued clearance for takeoff and inform the pilot of the reason if circumstances require. Once an aircraft has started takeoff roll, cancel the takeoff clearance only for the purpose of safety.

In no case should a takeoff clearance be canceled after an aircraft has started its takeoff roll solely for the purpose of meeting traffic management requirements/EDCT.


If the takeoff clearance has to be canceled during a rollout, it is the pilot’s responsibility to determine the safest course of action. The pilot may choose to continue the takeoff roll.

The standard practice at vZLA is to instruct civil aircraft contact departure as soon as the aircraft becomes airborne (you observe altitude increase in the datablock.) Additionally, vZLA local controllers are responsible for ensuring that aircraft squawk the correct code and mode C before sending aircraft to departure.

and when you observe the correct code entered,