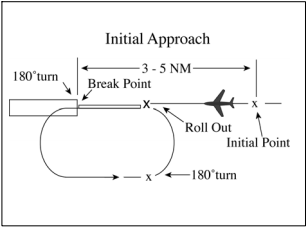 a. Pattern altitude and direction of traffic. Omit either or both if standard or when you know the pilot is familiar with a nonstandard procedure.

b. Request for report on initial approach.

c. “Break” information and request for pilot report. Specify the point of “break” only if nonstandard. Request the pilot to report “break” if required for traffic or other reasons.

d. Timely and positive controller action is required to prevent a conflict when an overhead pattern could extend into the path of a departing or a missed approach aircraft.

Simulated Flameout (SFO) Approach is a practice approach by a jet aircraft (normally military) at idle thrust to a runway. The approach may start over a runway (high key) and may continue on a relatively high and wide downwind leg with a continuous turn to final. It terminates in landing or low approach. The purpose of this approach is to simulate a flameout. 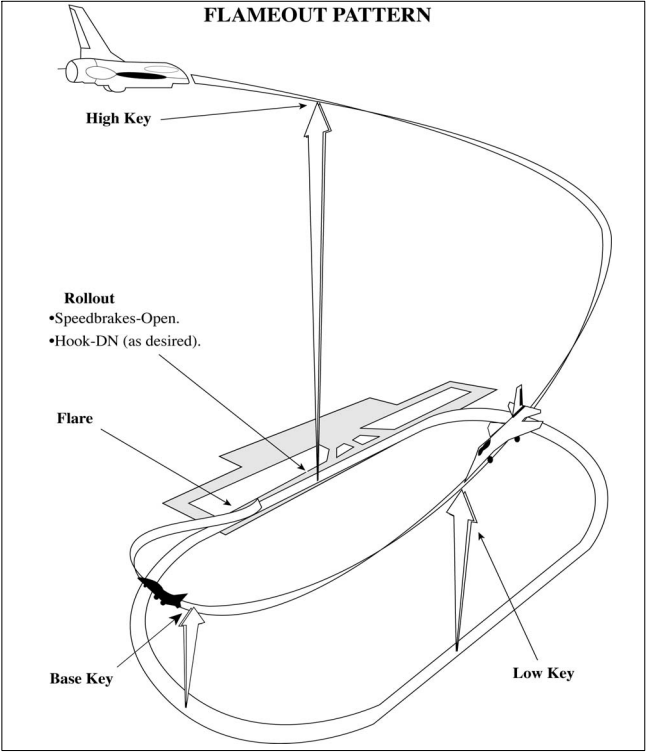 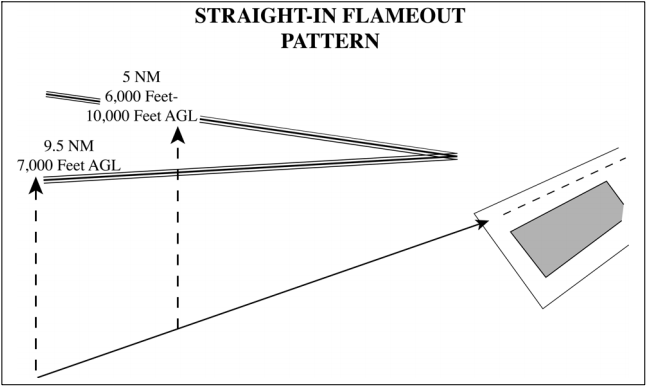 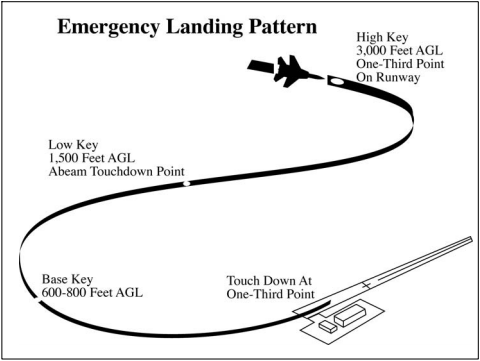 Precautionary Landing is a premeditated landing, on or off an airport, when further flight is possible but inadvisable. Examples of conditions that may call for a precautionary landing include deteriorating weather, being lost, fuel shortage, and gradually developing engine trouble.

Forced Landing is an immediate landing, on or off an airport, necessitated by the inability to continue further flight. Atypical example of which is an airplane forced down by engine failure.


In the real world, practice precautionary/SFO/ELP approaches are authorized only for specific aircraft, or any aircraft when engine failure is considered possible. On VATSIM, there’s no such restrictions, and controllers should assist the aircraft requesting practice precautionary/SFO/ELP approaches to the best extent possible.

a. Authorize military aircraft to make SFO/ELP/practice precautionary approaches if the following conditions are met:


1. Traffic information regarding aircraft in radio communication with or visible to tower controllers which are operating within or adjacent to the flameout maneuvering area is provided to the SFO/ELP aircraft and other concerned aircraft.


2. The high-key altitude or practice precautionary approach maneuvering altitudes of the aircraft concerned are obtained prior to approving the approach.

1. SFO/ELP approaches generally require high descent rates. Visibility ahead and beneath the aircraft is greatly

restricted. This may preclude controllers from assigning visual separation to a pilot practicing such an approach.

2. Pattern adjustments for aircraft conducting SFOs and ELPs may impact the effectiveness of SFO and ELP

training. Hence, avoid issuing instructions that will require such an aircraft modify its flight path.

b. For overhead SFO/ELP approaches:


1. Request a report at the entry point.


2. At the appropriate position on final (normally no closer than 3 miles), issue low approach clearance or alternate instruction.