Due to the complete radar coverage on VATSIM, almost all departures will be separated by the means of radar as described in the previous section. In some instances, however, radar separation may be impractical, and non-radar separation will be used. This is particularly true for Special VFR departures that are to be provided separation services but not necessarily radar services. (More on Special VFR in Topic 8, Resource 2 “Special VFR.”)

Separate aircraft that will fly courses diverging by 45 degrees or more after departing the same or adjacent airports by use of one of the following minima:

2. When one or both of the departure surfaces is a helipad, use the takeoff course of the helicopter as a reference, comparable to the centerline of a runway and the helipad center as the threshold.

a. When aircraft will fly diverging courses: 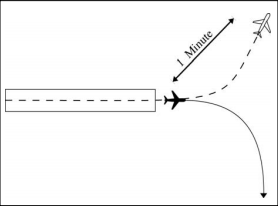 2. Within 5 minutes after takeoff - 2 minutes until courses diverge. 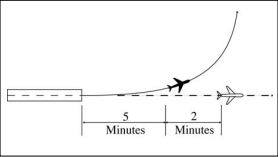 Within 13 miles DME/ATD after takeoff – 3 miles until courses diverge. 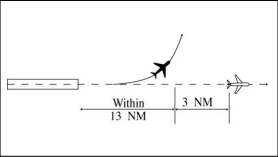 b. Between aircraft departing in the same direction from different runways whose centerlines are parallel and separated by at least 3,500 feet, authorize simultaneous takeoffs when the aircraft will fly diverging courses immediately after takeoff. 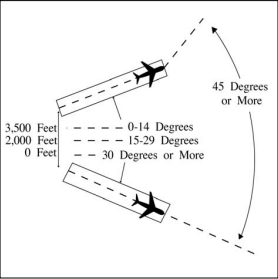 c. Between aircraft that will fly diverging courses immediately after takeoff from diverging runways:


1. Nonintersecting runways. Authorize simultaneous takeoffs when either of the following conditions exist:

(a) The runways diverge by 30 degrees or more.

(b) The distance between runway centerlines at and beyond the points where takeoffs begin is at least:

2. Intersecting runways. Authorize takeoff of a succeeding aircraft when the preceding aircraft has passed the point of runway intersection, and


(a) The runways diverge by 30 degrees or more. 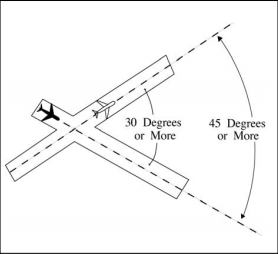 (b) The runways diverge by 15 to 29 degrees inclusive and the preceding aircraft has commenced a turn. 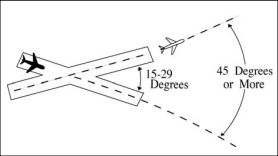