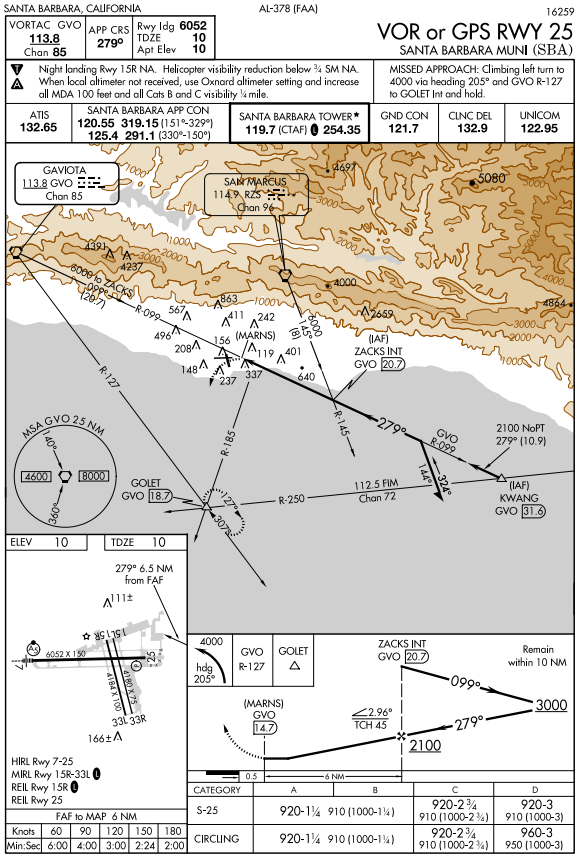 
Vectoring to final for a non-precision approach is very similar to an ILS. The only difference is that, since there’s no glideslope to vector below as with an ILS, the .65 requires that you vector so that they intercept “at an altitude which will allow descent in accordance with the published procedure.” As discussed previously, the 300’ per mile rule still works here for figuring out an appropriate altitude for the intercept.


Because of the high terrain in the area, you might have an aircraft still descending toward 2100 when you’re turning him to intercept. That’s ok, just make sure that his actual altitude complies with the 300’ per mile rule. So if he will intercept final 10 miles from ZACKS, he can be as high as 5100’ MSL (2100’ FAF altitude plus 300’ times 10 miles) at the point of intercept.